“A rhino. That’s a rhino. Excuse my yelling, but OMG THAT IS A RHINO!”

I think this may have been the most exciting part of my trip to South Africa. Here we were driving around a 5,000+ acre ranch and there was a rhino, out in the wild, just moseying along next to our truck! And can you believe that at first glance, we never even knew this 4 ton animal was standing 30 feet from our truck.

It is not often that these animals are just standing there for us to snap photos of. Quite often you could stare 15-20 feet into the woods, and unless the gemsbok twitched his ear, you would never even know he was there.  Our last guide told me a few times I needed to put my “bush eyes” on. One of my most successful instance of putting my “bush eyes” on was when I spotted the wildebeest we’d been tracking for a couple of hours. We had all but given up hope, in fact we were starting the truck, when my bush eyes suddenly started working and I made out the wildebeest walking out of the bush into the opening on the road.. “Is that what I think that is? Yes, there he is!” I whispered.

It amazes me that these 200, 500, even 4 ton animals can just blend in so well. Looking at a zebra, you would think he would stick out like a sore thumb. You are wrong! Our guide told us that the wavy lines of a zebra blend in with the wavy lines of the tall grass around it. It doesn’t matter that the zebra’s stripes are black and white and the lines of the grass are yellow, brown or green, because the zebra’s main predator, the lion, is colorblind. If a zebra is standing still in matching surroundings, a lion (or a person) may overlook it completely.

Another animal that seemingly disappears is Africa’s “grey ghost”, the Kudu. A kudu is upwards of 5.5 feet to his shoulder, and weighs close to 800 lbs. You won’t see him unless he makes a movement. Their coloring is a pale grey-brown which provides the perfect camouflage for the bush.

It seems most every animal we saw had it’s own way of blending in with its surroundings, from the snakes on the ground to the birds in the trees.

Everything we saw was more beautiful and exciting than the last thing we saw, and if you ever have a chance to visit this incredible country, I would do it.

This Is Africa was last modified: January 17th, 2016 by Monique Richard Cikota 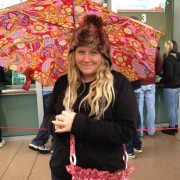