Disclaimer: I am a goofy writer.

First off, I shall introduce myself for those who may not know me. My name is Hannah Kearney. I was born in Landstuhl, Germany. My wonderful father, Brad Kearney, was an F-16 pilot in the Air Force, which is why I was born in Germany. We then moved to Arizona, where my little sister Mary-Katherine (MK) was born, then Georgia where my other little sister Erin was born, then Alabama where no one was born, then Virginia where my little brother Aidan was born. Then we moved to New Mexico and when my dad retired we moved to Sanger, Texas where they currently reside. It was an ongoing joke at camp as to where I would be “from” each year. I attended the University of North Texas in Denton,Texas for a lot of reasons but one being that it was the first time that I would live anywhere longer than 3 years. I love the DFW area and will continue to root for the Cowboys, Mavs, and Rangers from afar. I graduated with a B.S. in Hospitality Management this December and on January 3 moved to permanently reside at camp. I am so happy to be here!

Camp has been a part of me for a very long time. I knew a majority of camp songs before I attended because my family has been here FOREVER. I just found out that my great Aunt Judy (Osmun) Siracusa started attending Heart the second year it was open as a camp. Crazy, huh? My other great aunt, Elaine Osmun, also attended. She was followed by my mom, Melissa (Osmun) Kearney and her sister Carrie (Osmun) Pearson and Elaine’s step daughter Marti McCollough. Then came myself, MK, Erin, and my cousin Katelynn Pearson. To say we are obsessed with camp is an understatement.

I am 100% up for new ideas while keeping camp’s traditions near and dear to every girl’s heart. I hope as you read my blogs and see my posts that you’ll feel like you can pick up the phone and call me with any question/comment/concern/idea that you may have. It is such a huge responsibility ensuring that your daughter safely creates everlasting memories, and I am truly honored to have it. I’ve already begun the countdown til they arrive…. which Jeb, the Program Director at Stewart, has told me not to remind him 😛

So here’s what I’ve done in my first week in the office! (or at least some of it, I can’t reveal ALL the surprises)

Monday and Tuesday I spent time playing catch up to Jane and Monique learning the computer and going through old files. Wednesday is where the real fun began. I invited anyone I have hired thus far to join me at camp for a Mid Winter Warm Up Counselor Retreat. My Head Staff Caetyn Jones, Alden DeMoss, and Casey Cody, as well as a couple of counselors, Gabby Trejo, Celia Wakeling, and Cailtin Farmer, arrived that evening. Courtney Carrick a long time Heart girl and former Head O’ Field Sports also made an appearance. We headed to Mamacitas where Courtney successfully surprised Jane with a birthday song and sopapillas.

Thursday we did a fun Painting with a Twist activity, reviewed the Program Calendars, discussed some super secret Evening Programs, and wrote letters. We ended the evening with a Devotional and Ice Cream at Mesa Manor, where we thoroughly enjoyed seeing everyone’s Christmas Cards. KEEP THOSE COMING, THEY’RE AWESOME!

Friday we ambushed Stewart’s office to say hello so I could practice driving the new transit. I don’t know if ya’ll have seen the picture of it on Facebook but it is HUGE! (Okay, it’s not that big) It will definitely be a great asset when transporting kiddos places. I am so thankful to have had them here for a couple of days. They are just a small portion of our staff but have some of the biggest hearts. They took time out of their Winter Break to be here and together we brainstormed some GREAT ideas. Your daughters are in store for a wonderful summer!

Now, if you have successfully read this entire blog, you deserve a cookie. Or how about the Field Day themes? Does that interest you?

(pretend kids are beating on the table)

Broadway ~ Step off the red carpet and put on your best Broadway performance for this year’s dazzling Field Day production!

Despicable Me ~ Gather your minions and prepare them for a Despicable Field Day!

Hope you like them, can’t wait to see the costumes! 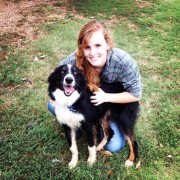