It was January, 1967, that Si, Jon, Jane, Juli, Funny Bunny (our cute, talented schnauzer/cocker mutt) and I, along with last minute items the movers didn’t get, piled into the family’s black Ford Galaxy 500 and Stewart’s faded green Greenbrier (a vehicle defying description in my estimation) to head south towards our new life at Camp Stewart.

What a marvelous journey it has been! Summers filled with incredible folks and memories.  (Ed. Note: Camp folks count summers, as well as calendar years! 2017 will be the Ragsdales 50th year.)

There will be random historical postings, sharing memories of our family’s Stewart sojourn throughout this year.  They may seem more personal than camp, but it’s a personal story, told from my perspective.  Camp and our personal lives were quickly interwoven and blended: there was and continues to be no separation of business and family.

In August, 1966 – our first anniversary – Si signed a lease-purchase contract with ‘Uncle Bill’ James and his wife, ‘Aunt Kate’ for us to buy Camp Stewart. We were ‘flooded in’ at Riverbend Lodge for three days, where I played a lot of 42 with 10-year-old nephew, Bo Baskin, while Si and Pat met with Uncle Bill and Al Hutchings (Uncle Bill’s business manager and Aunt Kate’s brother).  Pat (Si’s brother-in-law and lawyer from Midland) and Bo had picked us up at the Denton airport in his ‘group owned’ single engine plane to fly to Kerrville. Fortunately, we got there before the rains started but we were not able to fly home when planned.

That weekend began a four-month Ragsdale pattern: each Friday afternoon would see us on the back roads to Hunt (hoping to reach Kerrville before Torres Fine Foods closed at 8:30 pm) and each Sunday night would see us, sleepy and tired, piling into the car to drive back to Denton for work and school.

As I recall, that pattern was broken only one weekend: Si was on a national Chamber of Commerce committee and wanted to attend the Chicago meeting. He took me along. (There were a few adventures that weekend that maybe I’ll relate some other time!) A later weekend I’d had relatively minor surgery: Si picked me up at Parkland Hospital in Dallas early Saturday morning, kids, dog, and all – saying ‘By the way, a family of six is joining us, so you’ll only have 12 to cook for this weekend’. Typical Si: he loved to have his friends around. Twelve of us were in the old Infirmary for the weekend.  Looking back, it was a good thing I was an eager to please newlywed!

During the week, back home in Denton, in addition to continuing his job as Chamber of Commerce Executive, Si spent lots of time on the phone, picking the brains of all his old camp friends and fraternity brothers. He utilized all their talents! J.J. Robertson came over from Fort Worth during early fall evenings to help Si put together the ‘camp movies’ from 16 mm footage taken the previous summer by Glen Stanbaugh, Uncle Bill James’ longtime photographer.  Si was on the phone constantly (and those who knew him will relate to that!) to “Perky” Perhamus, Pinky Quarles, Frank Sherwood, Steve Mobley, Meredith Long and so many others.  (Perky, Pinky and Steve all pre-deceased Si: Frank is still helping as an architectural engineering consultant).

Our weekends were totally focused on Stewart- both 1967 and the future. Si was familiarizing himself with the existing Stewart program, meeting with Uncle Bill about current staff who should be rehired and some who should be replaced.   Lots of time was spent on enrollment: or the lack thereof.  Aging and ill health had taken its toll on the facilities, and enrollment had suffered.  Uncle Bill offered candid advice on needed changes – many things he felt he couldn’t do but that new ownership/management could and should.

One weekend in early December as we drove home, I was sketching ideas for our Christmas card, when Si said he wanted GTS on it. His premise was that early settlers had posted or painted GTT when they moved to Texas, and we were moving to Stewart – so GTS was born. (That original card, drawn by me and printed by Terrill Wheeler, now hangs at Glynn’s, the guest house near the rifle range). You’ll hear more about the GTS brand!Where we were going to live was important to me. The Jameses were living in what is currently the office (then the main camp residence)while remodeling a small house up the road at the edge of their Riverbend property. We assumed that was where we would live, even though the front room was all we had seen prior to early January, 1967, shortly before our big move.

As you read this, keep in mind that buying his own camp was a dream come true for Si Ragsdale, Jr.  Si loved camp from his first time at Rio Vista in 1936 and Stewart in 1937 as a camper. He could tell you every song that was sung, every counselor he had and maintained incredible recall about daily camp activity. (This from a man who rarely remembered his wedding anniversary!)  During WWII, as a young infantry lieutenant Si kept a notebook, filling it with things he’d incorporate if he ever had his own camp: that was his technique for surviving battles, foxholes, etc., mentally healthy.

Unbeknownst to me, he had negotiated to buy Stewart three years prior to our marriage. I swear he never mentioned wanting to own a camp while we were dating, although he did regale me with camp stories and visits to camps he had attended and directed in college (after the war).  He volunteered me to be the Mystic representative in Denton before we were married: I got a crash course in the values of camp from Inez and Frank Harrison (Mystic’s beloved director and manager) as well as Si and his parents.

Si and I were married in August and hosted Mystic movies in October, 1965. Jane was one of several girls from Denton registered to attend Mystic in 1966.

Shortly after we married, Si took me to Stewart to introduce me to Uncle Bill and Aunt Kate James, which I thought odd since Jon was at Rio Vista, and Si had such a close relationship with the Broun family. The Jameses, though, could not have been more gracious, especially Aunt Kate.  She asked unusual or different questions, and I thoroughly enjoyed visiting with her. I could tell she was a very special lady.

There were lots of trips to Hill Country during our courtship and early marriage: Si took advantage of any opportunity to go to the area. He promoted the Hill Country Arts Foundation for a WTCC Cultural Award; he recommended James Avery Craftsman for the same award – and volunteered to pick up the recipients at Love Field and take them to the banquets, etc.  To say we came often to the Hill Country is an understatement.

In 1966 there seemed to be even more: not only were Jane and Jon both in camp (six-week terms with visiting days), there were weekend trips with friends to see productions at The Point and Hondo Crouch’s Comfort Little Theater (Si was a charter member of the Cedar Creek Clippings/Hondo Crouch Fan Club). When friends went along, it was ‘required’ that they accompany Si on tours of area private camps to ‘get credit for the trip.’ He passionately promoted the values of the Hill Country camps.

Towards the end of that summer, Si received the phone call that would change our lives: Uncle Bill called to say he and Aunt Kate had decided they were ready to sell Stewart – and they wanted Si and me (I got mentioned!) to buy it.  The James, who had owned Camp Stewart since 1929, had no children.  They had purchased Stewart from the estate of E.J. “Doc” Stewart following his untimely death in 1929.

Si was elated: it was the opportunity dreams were made of for him.

Why did I get mentioned? Aunt Kate explained that three years earlier they decided against selling to Si because he was single, but ‘after meeting you, I know you’ll help Rags (which she often called Si) and running a camp takes the combined efforts of a couple.’

Yes, Si was elated while I was overwhelmed. Life was about to drastically change.

All this is just a glimpse into what preceded our loading up one last time to head towards Stewart and our new life.

Fifty Januarys ago we were in the cars, about to GTS – where our new life awaited us.

50 Winters Ago: The Beginning was last modified: September 20th, 2016 by Kathy Ragsdale 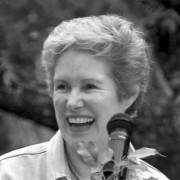