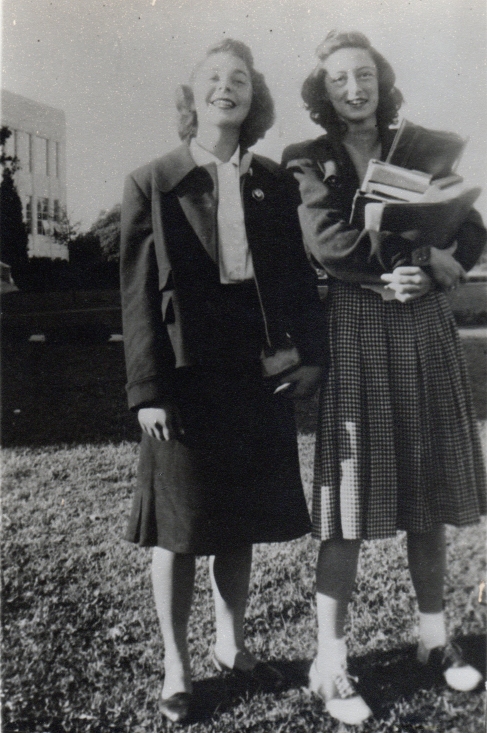 That’s Jo Jones on the left.

It has “sort of” become a tradition for the newly named recipient of the Jo Jones Memorial Sportsmanship Award to “pilgrimage” to the cemetery on the night she is honored—normally nearly midnight! If it sounds a bit creepy, I’ll give you some details of how the tradition began.

I’m not entirely sure of exactly when it began, probably 10-12 years ago, when several previous recipients of the award were on staff as counselors and counselor trainees. Somebody got the idea of waking up the “new Jo” and taking her to Jo’s grave site. Mind you, they had to sneak off camp to do it.

Somehow I got wind of what was going on. I agonized. It’s a Saturday night (lots of Crider’s traffic), the girls didn’t sign out, who knows who is driving, and what vehicle. So many ways this could be a problem. Plus, these are my top role models! Good grief!

Wrought with worry, I decide the most dramatic way to make an impression on this group is to join them, unannounced, at the cemetery. They may have been a bit spooked when I drove up right behind them; I explained and scolded, they profusely apologized (as expected from top role models when they’re busted doing something foolish).

So these days, I’m the driver. Of course. If the newly named “Jo” is not interested, it’s off (that hasn’t happened yet), but all former recipients are invited to ride along (this year we had to take Little Big Van to fit everybody in).

Each time the trip has been a bit different. It was a sweet “ceremony” this year, Second Term. The ladies all gathered around and each took a turn affirming the new Jo’s virtues and expressing uplifting and encouraging words about the award and what it has meant to her. Often we talk about the history of The Heart, and what Jo was like (from stories I’ve been told).

Anyhow, that’s it. Oh yes, about the nearly-midnight timing. It is Closing Day eve, and it’s the only time left for us all to go together.